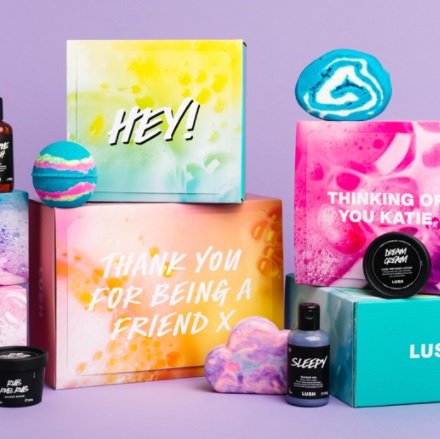 Social media is meant to help brands get their message out — but some are finding the opposite is happening.

A British cosmetics firm popular with teenagers is quitting a place of promotion where teens hang out in their droves: on social media platforms. Lush has had enough of the hatred and toxicity, it says, and will no longer be posting on Facebook, Instagram, Snapchat or TikTok, which have a combined base of almost 5 billion monthly active users.

Has their marketing department gone mad — potentially risking countless millions in lost sales as the firm doesn’t keep its bath bombs and teen makeup favourites in front of its target audience? Or would a reputable digital PR agency agree that the company is just protecting its brands from harm on social media networks that businesses around the world, and of all sizes, use to communicate with their customers?

We’re not so sure Lush’s move is wise, because many companies have positive experiences on social media, and value their audiences there. But the firm says that so far, social media has cost it £10 million in lost sales, and that it’s quitting all platforms except for Twitter and YouTube before any more brand damage is done and until the platforms become a far safer place — for the company and the networks’ users.

“In the same way that evidence against climate change was ignored and belittled for decades, concerns about the serious effects of social media are going largely ignored now,” the company said. “Lush is taking matters into its own hands and addressing the issues now, not waiting around until others believe in the problem before changing its own behaviour.”

The move comes after a whistleblower at Facebook said the social media leader, with 2.9 billion monthly active users, and its smaller Instagram (1 billion users monthly), was an unsafe place for young people and an online environment filled with hatred and lies.

Launching what it calls a “global anti-social media policy”, Lush, which has millions of followers on its social media accounts, plans to stay off its chosen networks for a year.

“We’re definitely concerned that our appearance on Instagram, Facebook, TikTok and Snapchat is something that is more damaging than healthy. YouTube, we may have to review again, but currently we don’t see it as a negative,” chief digital officer and product inventor Jack Constantine told the BBC.

Lush is far from the first company or organisation to pull the plug on social media over undesirable experiences — nor is toxicity on the sites and apps a new phenomenon. A study several years ago, for instance, found that “toxic consumers” who had a gripe with a brand were lashing out at them on social media and causing reputational harm.

After all, everyone now has an online megaphone and is able to voice their opinions on whatever they choose, an easy freedom of speech and expression that was not available in the old media world of printed newspapers and TV. Back then, if you saw an ad or promotion you didn’t like, or you had an issue with the advertising company, the most you could hope for was to write a letter to the editor of your local newspaper, and it might not even be published.

New research into the latest trends in social media shows that:

So how can companies protect their bands on the social media platforms that are rife with vitriol and false information? Our digital PR director, Samantha Lafferty, says transparency is key, because savvy social media users are fully clued in, have never before had access to so much information and won’t stand for anything but the truth.

“Don’t over-promise to your customers and under-deliver – they will publicly call you out,” she says, adding that immediate attention to users’ questions and comments is also vital to fostering a positive experience online.

“Train your customer operations or customer experience team to understand the power of social media and how not looking after customers, and dealing with complaints at the first point of contact, can drive them to post negative comments on social media, including targeting the CEO.”

Samantha advises that companies should not be fearful of upsetting people by “muting them online” when they’re abusive and try to damage a brand, and that they may be able to turn bad experiences on social media platforms into positive outcomes.

“Don’t ignore negative customer comments on your social media — answer them respectfully and then try to take the conversation into a direct message or, preferably, a phone call,” she says. “While it’s not always easy — especially when you’ve worked hard to build a business — try not to overreact and get into a social media scuffle with someone posting hurtful comments. You’ll always come off worse.”

But she says social media companies need to do more to make their platforms safer places for everyone, especially young people. “We want it to be a place where they can connect and use their voices as a force for change, as Greta Thunberg has been doing with climate action.”

Overall, says Samantha, social media remains incredibly valuable for businesses, providing free access to billions of people around the world so that they can promote themselves.

“Brands and their ambassadors need to connect with consumers, and social media still offers the best way of doing this.”

Need more advice on how to connect with your customers on social media platforms? Book a free initial consultation with digital PR agency experts at Reachology now, and protect your brands from online harm.

What is a hybrid digital PR agency (and how can it help you get brand results)?

How to successfully pitch journalists in the digital era

When, and if, PRs should ask journalists to link to their clients

Most UK firms want a guarantee of digital PR success