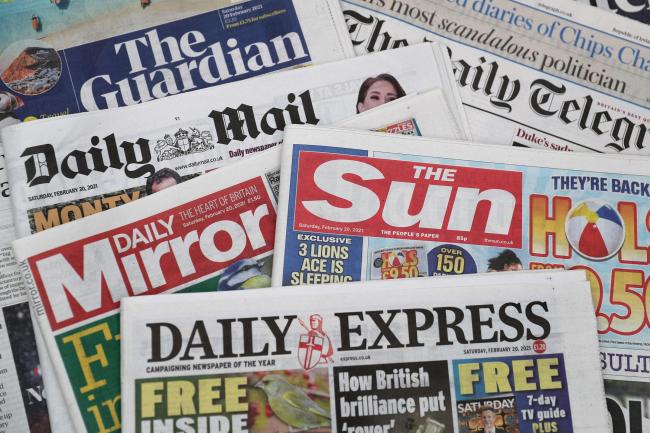 A new global survey reveals more people are getting their news online than ever before, presenting greater opportunities for companies to benefit from digital PR strategies.

Fewer people than ever were buying newspapers in 2021 as the printed news sector continued a sharp decline and digital news increasingly took over, according to a new global study that also hightled people’s ongoing reluctance to pay for news online as it mostly remains freely available and not behind paywalls.

And, perhaps not surprisingly, given recent developments and scandals, social media leader Facebook was viewed among those who took part in the study as the biggest spreader of lies and false information on the internet. It was a second year of pandemic, with people the world over keen to follow covid developments, new restrictions and the emergence of new strains of novel coronavirus, and they were mostly getting their information online.

“The crisis — complete with lockdowns and other restrictions — has hastened the demise of printed newspapers, further impacting the bottom line for many once proud and independent media companies,” says an executive summary of the 10th annual Digital News Report, noting that some media organisations have been trying to stay afloat with different financial models, such as memberships and subscriptions, but with little success.

The continued shift to digital news media is happening at a time when many other sectors are impacted by the change, including public relations. As a disruptive digital PR agency, we certainly know that the services we provide in the online sphere far outweigh those in traditional PR, delivering much higher and impactful returns for our clients than they would otherwise get.

Rising trust in the news during the pandemic

Trust in the news has taken a hammering in recent years, as politicians and others point to falsehoods and inaccurate reporting skewed to political viewpoints as fake news. But the new report shows that trust in the news media had grown during the pandemic — up six points to 44% of respondents saying they mostly trust the news they get, compared to before the global health crisis. Quality media – newspapers such as The New York Times, Britain’s The Times and others – came out on top in the trust stakes.

As printed newspapers decline, another element of traditional news, television, remains relatively robust, the research shows, even though it too has dipped in viewership in recent times, as demonstrated by this graph:

And, perhaps also not surprising during the turbulent times we’re living through, some people are switching off the news altogether — both on TV, newspapers and online. It may be partly due to exhaustion at constantly hearing about covid-related illnesses and deaths but it’s also because of politics. “Interest in news has fallen sharply in the United States following the election of President Biden — especially with right-leaning groups,” says the report.

Young people turning to social to get news

Social media has become a major channel for young people to get their news, as they scan headlines on the various platforms and messaging services like WhatsApp and Telegram instead of using news websites or apps. And while many are attracted to stories on Facebook and Twitter by big news brands and well-known journalists, it’s influencers and other sources on Instagram, Snapchat and TikTok they pay most attention to. Demonstrating the rising star, and power, of TikTok, the researchers’ data suggest that the social media newcomer is used by a quarter of people aged under 35, and is even more popular with this age group in Asia and Latin America.

But there are dangers in using social networks for news, the report warns, because that’s where the bulk of fake news lies, and people are increasingly worried about it. The survey found that concerns about misleading and false information on social media rose in 2021, with 82% of respondents in Brazil and 37% in Germany, for example, expressing fears that what they were seeing on the platforms may not have been entirely the truth.

“Those who use social media are more likely to say they have been exposed to misinformation about coronavirus than non-users. Facebook is seen as the main channel for spreading false information almost everywhere, but messaging apps like WhatsApp are seen as a bigger problem in parts of the Global South, such as Brazil and Indonesia,” the research says.

Free online news means not many willing to pay

In 20 countries where news companies have been putting up paywalls to their content, the survey found that just 17% of people were willing to pay for such online news stories — Norway had the highest level of payment, at 45% of respondents; the United States, 21%; and Britain, with just 8% of those who participated saying they pay for digital news.
It’s an uphill challenge for many news companies to convince their readers to pay for their content when news stories mainly remain free online and where they can get the same news without paying. State-funded news organisations like the BBC, for instance, cover the news comprehensively and don’t require a subscription to access it, but news firms that have specialised content, such as the Wall Street Journal and its financial stories, have seen large amounts of paying subscribers because they can’t generally get that content elsewhere.

As for the kind of devices people are using to access online news, most are opting for smartphones, at 73% of respondents, and the rest were using laptops, tablets and desktop computers.

“Our findings this year show how, if anything, the coronavirus pandemic has exacerbated many of the long-term trends we have documented over the past decade, especially the move to a more digital, mobile and platform-dominated media environment,” said Rasmus Nielsen, director of the Reuters Institute for the Study of Journalism at Oxford University, which carried out the research.

“Our analysis also shows how the role of different platforms is evolving … the continuing move to closed messaging apps and more visual social media, as well as the continued widespread public concern over false or misleading information — especially Facebook and Facebook (Meta)-owned messaging applications, including WhatsApp.”

Media-consumption habits developed during the pandemic are unlikely to change, especially given the convenience and cost-free nature of most online news offerings. And so there’s never been a better time to delve into the world of digital PR and engage with audiences.

Want to know how you can leverage online audiences to your company’s benefit? Get a free discovery call from the digital PR experts at Reachology. Book your call now.