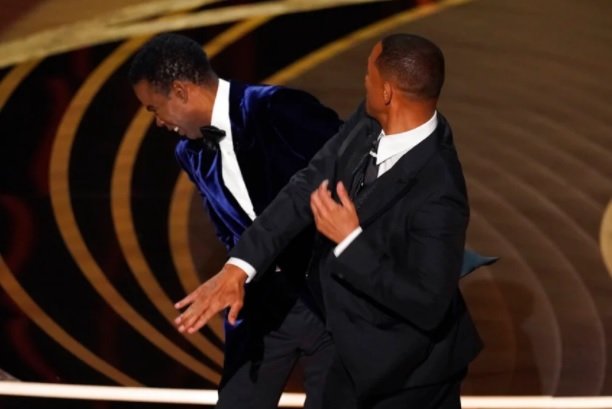 Knockout PR punch: how Will Smith’s slap made the Oscars riveting again

Was it or wasn’t it staged, and is it part of some overall digital PR strategy to revive the flailing Academy Awards?

Just as media pundits were once again forecasting the demise of the Oscars, an actor strode up on stage and slapped a comedian in the face. The result: instant global media attention on what has in recent times become a jaded awards ceremony with dwindling audiences. Everyone was saying it would be the worst viewing year ever.

Because comic Chris Rock had just made a bad-taste bald joke aimed at Will Smith’s wife, Jada, who suffers from alopecia, when the Men in Black actor strode up on stage, in alpha male-style, and landed one on Rock’s face.

“Keep my wife’s name out of your f**king mouth!” Smith roared in anger to an apparently stunned Rock after retaking his front-row seat beside his wife. Moments earlier, the couple had guffawed at Rock’s one-liner, but then, in defence of his woman, Smith leapt out of his seat and delivered his surprise strike.

“That was the greatest night in the history of television,” said a reeling Rock as he attempted to compose himself.

Smith was back on stage later in the evening, accepting the award for best actor, in the film King Richard, and apologising for his sudden act of violence.

Many wonder if the shock moment during the usually staid Academy Awards was a set-up, a publicity stunt designed to – do what? Whatever it was, it’s gotten the attention of the entire world fixated not only on an actor and comedian but also brand Oscar, the gold statue now in its 94th year and representing the pinnacle of film achievement that had long been falling out of favour with the public.

Last year’s viewing figures were the worst ever, at 9.23 million, representing a 51% drop on 2020, when 18.69 million tuned in to watch the hours-long tribute to the stars of film. There’s simply too much entertainment choice out there today, and social media and streaming platforms like Netflix are providing too much a lure.

If Smith’s slap was a stunt, he and others who devised the attention-seeking act may have been advised by a digital PR agency highly experienced in such strategies. Although with any such risky moves, there’s the real possibility of backfire, and damage to a brand – as many digital PR agencies also know.

The Oscars organisers said they “[do] not condone violence of any form” but, as many pointed out, they then rewarded Smith with best actor instead of escorting him out of the Dolby Theatre in Hollywood for attacking another person.

Even Rock’s questionable quip – “Jada, I love you. G.I. Jane 2 – can’t wait to see it.” – was risqué in an increasingly politically correct and woke world where you dare not criticise anything, least of all someone’s appearance, and most especially if it’s directed at a condition they’ve been suffering from. War movie G.I. Jane, from 1997, stars a shaven-headed Demi Moore.

One thing that’s certain amid this allegedly engineered kerfuffle is that the flailing Oscars are certainly not what they once were. It’s been many decades since the Golden Age of Hollywood and today the entertainment choices are not limited to just one or two television channels, but hundreds of satellite and cable options as well as all the delights online.

For the Oscars and this year’s debacle, it’s really all about relevancy. Short-lived attention, delivered with a big slap, may not end up with long-term gain, and the curtain may one day soon come down on what was once a glittering entertainment highlight of the year.

Looking to deliver your own knock-out punch for your brands (without any harm done)? Get the best advice from digital PR agency Reachology now, by scheduling a free initial consultation.