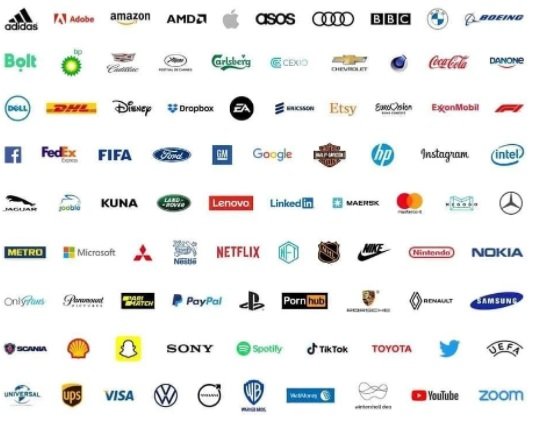 No company wants to be accused of having “blood on their brands”; hence, Rusexit.

Some of the world’s leading brands are exiting warmongering Russia, leaving the giant nation and its $1.7 trillion economy because of Vladimir Putin’s invasion of Ukraine. They’re pulling out — temporarily at least — or drastically scaling back their operations not due to a sudden bout of righteousness but because their customers almost certainly would flee them if they remained.

Partly driven by voices amplified by social media, consumers are driving brand behaviour like never before, insisting they’re greener, leaner and more kind all round. They want companies large and small to take a more active approach to their surroundings, whether it’s the environment and corporate responsibility, equal opportunities — even war.

In a world of information overload where people are informed in a flash, few consumers today would want to buy a pair of trainers knowing that Nike was still operating in a Russia that’s been condemned around the world for launching a conflict with its large southwestely neighbour. So it’s a case of having to put ethics — and humanity — above profits, at least for now, as governments try to talk Putin down and prevent World War 3 from breaking out.

Companies deserting Russia as the Ukraine conflict approaches two weeks, in the hopes of avoiding a digital PR disaster if they stayed — flooded with tides of complaints, and trolling, online — include some of the world’s most valuable brands, such as Apple, Facebook and Microsoft. It’s not just big tech either, as practically every sector is seeing a Rusexit as around 2 million people leave Ukraine to seek safety in neighbouring nations, according to the United Nations, sparking the biggest refugee flow since World War 2.

Samsung, Boeing, Airbus, Ford, General Motors, Mastercard, Visa, Disney, H&M, Zara, IKEA and many more are also ditching the Russian market amid the ongoing war that has claimed at least 364 civilian lives and left 759 injured, according to the Office of the UN High Commissioner for Human Rights.

Companies that stay behind and continue to trade in Russia are, unsurprisingly, being accused of having “blood on their brands”. That’s precisely what happened when oil giant Shell bought a Russian consignment of oil and was immediately criticised by Ukraine.

Foreign Minister Dmytro Kuleba wasted no time in rebuking the British-Dutch multinational, asking it: “Doesn’t Russian oil smell Ukrainian blood for you?” In response, Shell released a statement that, in part, said it was “appalled by the war in Ukraine” but that executives had “made the difficult decision to purchase a cargo of Russian crude oil” so that supplies to refineries would not be disrupted.”

The company added: “We didn’t take this decision lightly and we understand the strength of feeling around it”.

Stay in Russia or go: a complex decision

Starved of beloved tech, fashion and other brands they cherish – Netflix, PayPal and TikTok are also gone – Russia’s youth may become disgruntled with the Putin regime and rise up in protest at the Ukraine war that’s also damaging the Russian economy and seeing the rouble dive to record lows. At least that’s the view of the Ukrainian government. Putin may loathe the West, but his people love its big brands.

It puts company executives, like those at Shell, in an almost impossible position: how to cater to demand in one market while tip-toeing geopolitical developments, and disaster, so that customers in other regions are not outraged and switch to rivals? Ultimately, it’s about common sense, and financial gains made now may be short-lived if customers find out brands are putting profits over people.

And the world hopes for a swift end to the Ukraine conflict, corporations are almost certainly standing by, eager for a Russian return.