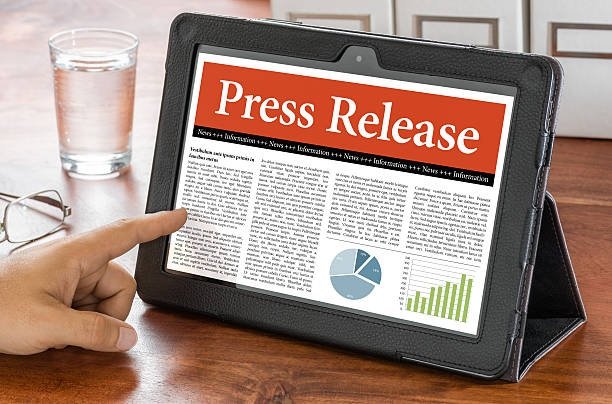 Writing the perfect press release in the digital PR era

Want to announce something to the online media, and wider world, but not sure how to go about it? Follow our digital PR press release guide and you’re sure to write a winner.

The humble — or powerful, depending on what way you look at it — press release has been around for well over 100 years, and thousands are distributed to targeted audiences around the world every day. That first, pioneering public announcement can be traced back to 1906, providing details of a deadly train accident in the United States.

And while some today might be keen to insist that the press release has had its day and is no longer an effective tool in announcing corporate and other developments, others, ourselves included, say otherwise — that the mighty press release is indeed alive and well, forming the foundation of high-quality digital PR services.

Whereas the press release of yesterday was typed up and posted or, later, sent by fax to journalists in newsrooms, now we mostly use email to get the word out and gain coverage — instant communications without the fear of something getting lost. You can also simply publish a press release on your website, and link the post on social media, thereby engaging the wider public and not just editors.

In this post, we’ll give you tips for writing a solid press release that pricks the attention of media contacts and builds on your story and your company’s brands.

Here’s how to go about creating your own press releases that get media pickup and public attention.

Reachology Tip #1: Have something to say

There’s no point in writing and sending out a press release if there’s nothing noteworthy to announce. If it’s something bland, or you’re just talking up your company, it’s not going to work and you’re wasting your time. The key to a successful release and the coverage it gets is newsworthiness – how new, interesting and relevant is it? A press release is also called a media or news release, so if you have no news, don’t write one.

For companies, press release often announce new or updated products, mergers and acquisitions, as well as key personnel changes and appointments; and, for big corporations, revenue and other financial information – Apple is a good example:

Press releases fail when they gush about their company and its products, revealing the writer as unprofessional and turning journalists off in a flash. As you can see from the Apple example above, the tone of the press release is impartial, or independent, and it’s written in a news style. That’s something that can be hard to grasp for those without a journalist background, and so many companies appoint a digital PR agency like Reachology to write and distribute their releases for them.

Reachology Tip #3: Use a structure

It’s important to add certain elements to your press release that will make it stand out as professional. It includes:

Journalists are inundated with press releases every day, and they will typically scan their inbox for eye-catching headlines. If yours isn’t up to scratch, it may well end up in the bin, unopened and unread. So use words like “reveal”, “disclosed” and others that invite interest to try snare journalists’ attention. And write the title in the present tense and title case: “Reachology Launches Innovative Digital PR Services for SMEs” (not “launched).

There’s nothing worse than writing a great press release only later to discover it’s riddled with typos, grammatical errors and incorrect facts and figures – even small mistakes can let you down with a bang, showing your company up as sloppy and unprofessional. Make sure you proofread what you wrote, and ask one or more people to give it the once-over; even the best of writers make mistakes that can be hard to pick out from all those words. A good approach is to leave it a day before sending, so you can look at your release again, with fresh eyes. Only when you’re satisfied that it’s error-free should you give the go-ahead for distribution to journalists.

Now that you have your press release written, in the most excellent way, it’s time to get it out to the media and wider world. You can simply email to your contacts; have a digital PR agency distribute using their extensive journalist database, and you may be able to choose various sectors, to make it all the more targeted; or you can place it on your website and make an announcement about it on social media, as we mentioned earlier. You can, of course, do all of these and more, including syndicating it via various services whose media partners will pick up the release and provide dozens if not hundreds of links to your site – a double victory.

Done right, a press release can be an easy way to get your company’s messages out, providing invaluable coverage and, potentially, lots of backlinks. It’s no wonder it remains such a PR winner.

Struggling with your press releases and distribution to the media? Maybe it’s time to let the digital PR experts at Reachology handle it for you. Book a free initial consultation about your company now.